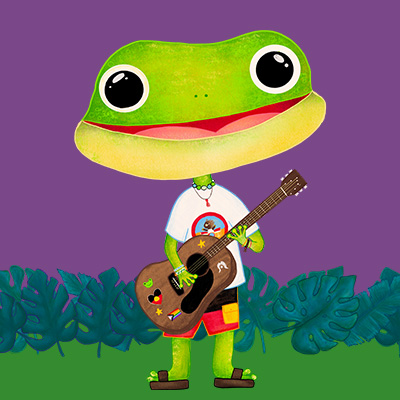 When coming up with this year’s character, I had a few different animals in mind, but eventually I was inspired by my dad. He’s a hard worker and goofy, like a green tree frog.

Uncle Frog is an honest guy. He’s kind, silly, caring and always willing to help out. He is the person you would go to if you need help patching up a wall or need a cup of sugar.

He comes from a big mob, with green tree frogs being one of the most widespread frogs in Australia, so he often spends his days helping out community far and wide. I'm sure we can all think of someone like Uncle Frog in our lives.

When he's not helping his mob, Uncle Frog enjoys playing his acoustic guitar. His croaky voice matches the folky tunes that he likes to play for all the bush to hear.

Hi, I am Little Butten, a proud Kalkadoon woman. I love mixing traditional and modern art together to create unique pieces. I am inspired by everything around me, you will find that my art will change depending on how I am feeling or what I am experiencing. My art will cover themes such as mental health, racism, Aboriginal Issues and feminism. Art is a way in which I can heal and learn more about myself, my culture and the world around me. 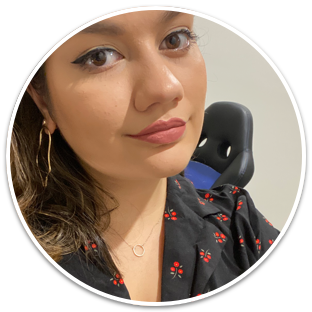